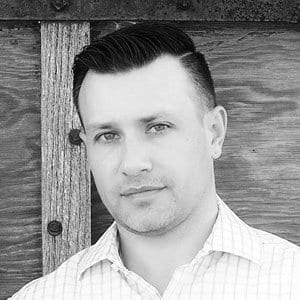 Dr. Caione was born and raised in Thunder Bay, Ontario where he received his Honours Bachelors of Kinesiology degree from Lakehead University. After receiving his degree in Kinesiology he moved to Calgary to pursue his Certificate in Advanced Athletic Therapy from Mount Royal University.

As an Athletic Therapist Dr. Caione was blessed with the opportunity to work with multiple populations that ranged from chronic pain patients while working in a chronic/complex pain program to National and Olympic level athletes. Through Athletic Therapy Dr. Caione had the opportunity to work closely with Chiropractors and realized how well the two fields complement each other and decided to pursue his Doctorate of Chiropractic. He received his Doctorate from Palmer College of Chiropractic West in San Jose, California.

Dr. Caione is an active member and Chiropractor of the Canadian Pro Rodeo Sports Medicine Team. Dr. Caione also continues his work with athletes of all levels at Crash Conditioning where he works closely with the strength and conditioning coaches and medical staff in the injury prevention and rehabilitation of the athletes.

Dr. Caione combines his exercise rehabilitation and soft tissue background from Athletic Therapy with his Chiropractic background to provide his patients with the tools needed to help treat and prevent injuries and increase their quality of life.

Dr. Caione’s treatment days at Back & Body Health are Tuesday and Thursday.

As of April 5th, our clinic will be transitioning to optional masking for patients, practitioners and staff based upon our Association(s) Guidelines. If you would like your practitioner to wear a mask during treatment or have any concerns, please give us a call to make arrangements for your upcoming appointment and it will be noted on your file. If you are … END_OF_DOCUMENT_TOKEN_TO_BE_REPLACED

We are currently keeping our existing measures in place as directed by our regulated associations which includes mandatory masking, daily screening of patients, practitioners … END_OF_DOCUMENT_TOKEN_TO_BE_REPLACED

As of April 5th, our clinic will be transitioning to optional masking for patients, practitioners and staff based upon our Association(s) Guidelines. If you would like your practitioner to wear a mask … END_OF_DOCUMENT_TOKEN_TO_BE_REPLACED 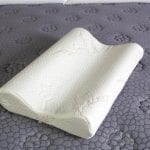 Looking at purchasing a new pillow but unsure of the cervical type pillows? Try rolling a towel up and placing along the bottom edge of your pillow. When sleeping on your back this will fill the space … END_OF_DOCUMENT_TOKEN_TO_BE_REPLACED